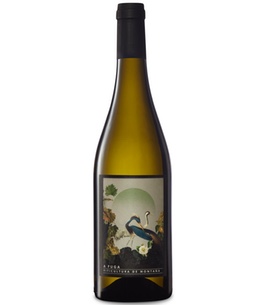 Abadia da Cova is a family winery, in the heart of the Ribeira Sacra, in a magical place known as "O Cabo do Mundo." The aim of Abadía da Cova is to produce wines with the least possible intervention, respecting and protecting the environment. The Moure family carries out all the work manually on the steep "heroic" terraced slopes along the Miño River. White Abadía da Cova, composed entirely of Albariño from the farm in Cuñas, was the first wine of Adegas Moure. Nacho Alvarez has been working with Adegas Moure as their winemaker to guide the wines throughout their process of vinification and aging, so they enter the market at the right time and in optimal conditions.

They are located in Ribeiras do Miño, a sub-area of the D.O. Ribeira Sacra, which is found in the parish of A Cova, Lugar de Cuñas, All work is done by hand in the vineyard. The vineyards sit on the terraces and slopes on schist and granite soils with the majority of it in silt. The 45-year-old vines face south, southwest. They allow seasonal plant cover.

The wine appears with straw yellow tones and a greenish glitter. On the nose, it displays fruity aromas that remind of tropical fruit, bone fruits, and white flowers - very expressive, clean, and very fine. On the palate, it has a surprising structure and complexity, good acidity, and a lot of intensity. The wine will last up to 6 years. Good evolution in the bottle, which will continue to develop considerable complexity if properly cellared.

Manual harvest in boxes of 18 kilos. Hand selection of each bunch. The grapes are cooled to 4 degrees for 24 hours. Then, they are destemmed and pressed. Fermentation takes place in stainless steel tanks with strict temperature control. The wine rests on its lees at least three months before bottling.