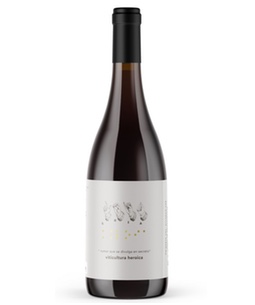 Abadia da Cova is a family winery, in the heart of the Ribeira Sacra, in a magical place known as "O Cabo do Mundo." The aim of Abadía da Cova is to produce wines with the least possible intervention, respecting and protecting the environment. The Moure family carries out all the work manually on the steep "heroic" terraced slopes along the Miño River. White Abadía da Cova, composed entirely of Albariño from the farm in Cuñas, was the first wine of Adegas Moure. Nacho Alvarez has been working with Adegas Moure as their winemaker to guide the wines throughout their process of vinification and aging, so they enter the market at the right time and optimal conditions.

They are located in Ribeiras do Miño, a sub-area of the D.O. Ribeira Sacra, which is found in the parish of A Cova, Lugar de Cuñas, All work is done by hand in the vineyard. The grapes are sourced from the Cuñas and As Cancelas terraced vineyards with 52% slopes (hence “heroic” conditions). The soils are schist and granite with a predominance of silt. They allow selected plant cover. The vines are 30-45 years old and face south-southwest.

Named for a “rumor divulged in secret.” The wine is a straw yellow color with golden hues. It has a very complex and powerful nose that’s floral and fruity, with toasted/spicy hints, and dried fruits. On the palate, it surprises by its silky freshness, with a good mid-weight body and pleasing acidity. The wine is built for aging up to 8 years and will continue to develop honey and orange notes.

Manual harvest in boxes of 18 kilos. The grapes are selected manually in the vineyard. The grapes are then cooled to 4 degrees C for 24 hours. After destemming, the grapes are and pressed slightly. Fermentation takes place in stainless steel with strict temperature control. Later it is aged on lees in French oak and Acacia barrels for 5 months with weekly batonnage.